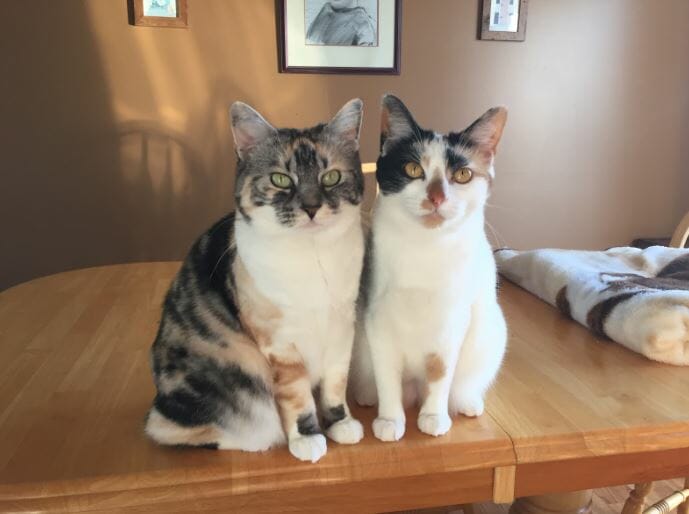 I recently had an incident of misdirected aggression occur at my own home several months ago. I live with my daughter and five pets. We have three cats (Holly, Mama, and Rue), as well as two small dogs. It all started when a friend of mine brought her small mixed breed dog with her when she came to visit us. The dog had been in the presence of the cats several times before. However, the cats were a little uneasy about the dog’s presence in their home. Of course, looking back, it was clearly the first mistake. The dog, however, showed no fear of our cats and, in an attempt to play, bounced after one of the cats. While it’s unclear what exactly occurred next, there was a large commotion involving all of the pets that ended with our two cats (Holly and Mama) fighting with one another.

Initially, we thought that the two simply needed some time apart to diffuse. We were very wrong. The following interaction between the two cats resulted in two very aggressive cats. I discussed the situation with my Veterinarian, and she advised that there are medications available to help ease the tension. Dr. Ryan also advised that it would not be feasible to let them work it out as this is not a good thing to do with cats the aggression would just escalate. We decided the best solution was to separate them into different areas of the house. We kept Holly in my bedroom, and the other two cats downstairs in the rec room. We took turns, allowing them out into the main area of the house and hoped that some extended time apart would enable them to reconnect on their own. Still, the constant meowing of the cats to get out of the bedroom/rec room was becoming very difficult to hear and kept us both up at night.

Our second attempt to reintroduce the cats went about as well as the first (it was horrible). I had my daughter sit outside in the car to limit the number of people present. Armed this time with oven mitts and bags of treats, I once again tried to reintroduce our cats. This new attempt ended with increased aggression between the two, and both my daughter and I stressed from the situation. My next step was medication, which helped to calm my two pets down, keep them separated and start the process again. It was looking like our only solution was to remove Mama permanently as her aggression and severe mistrust of others would not make her a good candidate for re-homing.

My daughter convinced me to attempt reintroduction once more, only over a longer period of time and using research she had done about reintroducing cats. The solution was to have the cats associate one another with positive experiences, like food. We started by feeding the cats on separate plates on opposite sides of a closed door. Once they were comfortable with that, we fed them on the same plate placed under the door to bring them closer together. After that, we began opening the door slightly – enough so they could see one another, but not get through – while they ate. Later we purchased baby gates and stacked them in the bedroom doorway so that both cats could see each other, but not yet interact. After they were comfortable with that situation, we began letting them out together in the house while we were home. Eventually, we felt comfortable enough, leaving them alone together while we were away from home.

It was a long process (2-3 weeks at least), but in the end, it was worth it to save our cat Mama and restore peace to our household. I suppose the moral of this story is first not to allow strange new animals into your household. Second to have patience if misdirected aggression has already impacted your pets. Perseverance can and will bring harmony back to your fur family. 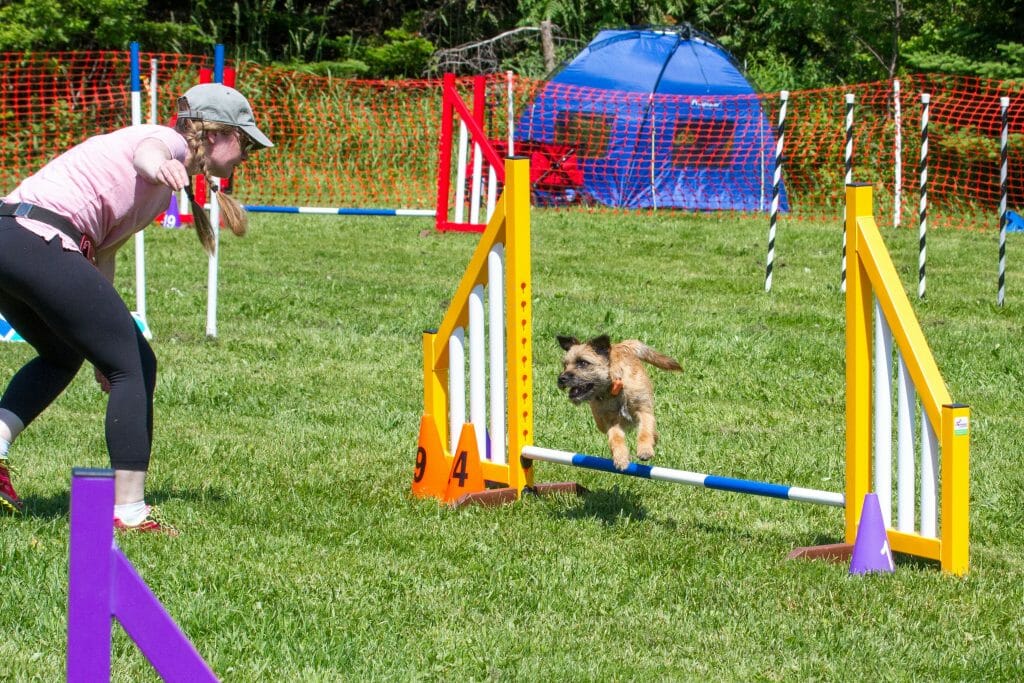 Dog sports are a great way to bond with your dog. They are great physical and mental stimulation for both your dog and yourself.

We are happy to let you know that we are now opening our doors to client visits. We are allowing up to 6 clients into our reception area at a time, and one client can accompany their pet into the exam room. Please be kind to those around you.

When you come into the parking lot please text 709-400-1581 and our staff will respond to advise when you can bring your pet to the door.

1. WE CAN NOW SEE ALL CASES BY APPOINTMENT ONLY

2. SAFETY MEASURES TO KEEP EVERYONE SAFE

Have you welcomed a new furry family member to your home? We’d love to meet them! Visit our Must Know New Pet Owner Information page for useful resources and helpful recommendations for new pet owners.

We are OPEN with the following hours:

Thank you for your patience and understanding and we look forward to seeing you and your furry family members again!